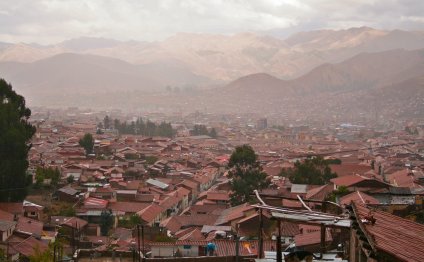 The current weather is fairly fresh. The annual average into the city goes from 10.3 and 11.3 Celsius (50.54 to 52.34 Fahrenheit). The heat is relatively stable through the Summer and Winter. Usually, it's cold at night and through the first day the temperature increases significantly until noon. On Summer, the heat usually decreases below zero to 5 and 7C (23 and 19.4F).

Cusco is beneath the macro-climatic influence of good environment public via the South-Eastern Jungle, the tall Plateau, as well as from distant area of Los Angeles Patagonia. The winds from Southern Jungle include huge environment masses full of moisture, which are impelled by the Eastern Trade Winds.

The winds that can come from Peruvian-Bolivian tall Plateau are cool and dry, exactly like those via La Patagonia, that are likely to include larger occasions. These winds enter through the South-Eastern area.

Having said that, the neighborhood winds produced at the valleys and also at Cusco plains aim at dispersing heat and moisture through the day.

The seasons modification throughout the year is not very obvious; but, typically, you can easily differentiate two well-defined periods:
- the rainfall period, which goes from November to March; additionally the dried out period, which goes from April to October. It offers the average yearly heat that varies between 11C and 13C. Through the sunny days the temperature goes up to 20C.

RAIN: Cusco has a unique weather as a result of he level from which it is found as well as its closeness towards the Equator. You will find only 2 well-defined months: a dry season and a rainy one. The dried out season goes from May to October therefore the rainy period goes from November to April. In general, the rainfall fluctuates between 600 to 800 mm. During year it differs between 31.5 to 34.5 inches.

Peru Vacation - Urubamba in the Sacred Valley of the Incas 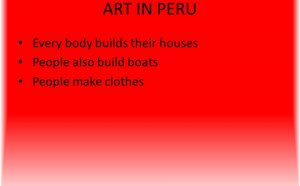 What is the climate in Peru?

Although Peru s seaboard can be found well in the tropical zone, it will not show an equatorial weather; average temperatures…